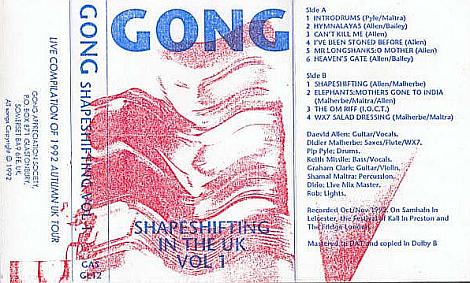 "Shapeshifting In The UK Vol 1"

Recorded Oct/Nov 1992. On Samhain in Leicester, the festival of Kali in Preston and The Fridge London.

Mastered to DAT and copied in Dolby B.

This tape (as its Volume 2 twin cassette) was never released on LP or cd, so it is still an essential addition for completists.
Didier Malherbe is featured with some of his best sax playing ever.